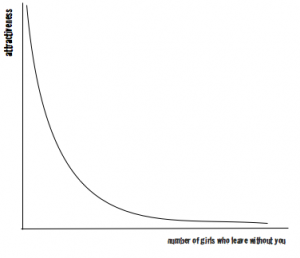 Me: I am so looking forward to starting this new chapter of my life, although I know that I’ve got to keep scrudging through.

Be:  Well, you are a linguist.

Me: Not just a linguist, mind you. A computational linguist. Which means, my point is validated if I can find a google search with that word.

Be: I am not convinced you used it properly, though. UrbanDictionary:scrudge

A few days after Christmas, I was taking a little stroll through Dormagen, a charming German town with Roman roots, nestled against the river Rhein. I was admiring the red brick buildings covered in ivy, the quaint german gasthäuse and restaurants with large red candles housed in black cast-iron and glass shelters, the smell of apfelstrudel wafting on the cold, crisp winter air, and…

I stopped short, unable to believe my eyes. There, in the middle of the square, was a herd of bronze pigs shuffling beneath a tall stone monument. I burst into laughter; and that was before the inscription was translated for me (paraphrasing): Here commemorates the victory of the people against the bishop of Dormagen in the great pig feud. Pig feud! Fresh onslaught of giggles.

Certainly no European town is quite complete without a monument of sorts gracing the town center. Most often, it is a memorial to a heroic deed, or of great suffering in war, and the brave soldiers who fought for their homes. But never, in all my European travels, have I encountered a tribute to victory in the sobering event of a Schweinefehde.

In light of the recent historic election, sharply contrasted with the stunning results from California’s slew of initiatives, I just wanted to post this short gem to see just how far we’ve come in 40+ years. Enjoy.

I plan to stride into my polling place at 7:00 AM, as the doors open.

*This way I can maximize my return on freebies handed out by patriotic merchants eager to bribe US citizens into exercising their hard-won rights. I love it. I’ll be picking up my plain tall coffee dressed as Uncle Sam. On stilts.
[Jog]

It’s a landslide victory! Obama gets 62% of the vote in World of Warcraft!

I guess it isn’t that surprising that a poll of game players might get results that reflect the real world vote, but the strange thing is that there were some game-associated differences. People playing the Horde side (undead, orcs, that sort of thing) were mostly for Obama, while those on the Alliance side (humans, elves, dwarves) gave more mixed results, with dwarves being the only group that favored McCain.
[Pharyngula]

Roy Brown: I am not and have never been a vegetarian

I am not and have never been a vegetarian,” Brown said. “I am disgusted by the baseless allegation that I am a vegetarian and that my personal eating habits should somehow be construed as opposed to the economic interests of Montana’s livestock industry.
[Billings Gazette]

Last night, I was sitting at the kitchen table, desperately hoping to resuscitate a beloved gadget that had crapped out on me, when the downstairs buzzer rang. I answered:

I remained at the buzzer, puzzled, and unable to comprehend what they were saying, until the resident in the flat above answered with, “Mmh, okay, dann, ganz nach oben.”

And then it hit me: Trick-or-Treat! I was so taken aback, I just sat down at my computer and listened as they shuffled up the stairs. They eventually rang at our front door. I considered not answering; but this plan was dashed when Pierre came out of his room and opened the door. They again screamed “süß oder saures!” and I heard him say, “Ah, ehm, okay. Uh, ein moment.” Then he came into the kitchen and asked if we had any chocolate. I was about to throw a shoe at him, but luckily I remembered the fun-sized butterfinger I had just brought back from the states for my flatmates. I tore into my suitcases looking for them, and ran out to see five little rugrats dressed up in costume. They looked rather askance at the candy I was throwing in their bags, but I think they’ll have fun when it comes to rummaging their loot.

For those of you who are wondering how this all started, the answer is: no, it was not a conspiracy cooked up by the supermarkets to mass-produce/consume candies. Actually, it was originally called All Hallows’ Eve, which comes just before All Saints’ Day, the night when spooks are said to come out and walk the earth. The idea was that everyday citizens would dress up as witches and warlocks, ghouls and goblins, and walk the streets, hoping to trick the evil spirits and stay safe. And then, no holiday is complete without chocolate (Hear, hear!)…

Halloween was such a great adventure when I was young. We lived in a condominium complex where many small apartments were squashed together in diversely aligned rows, which provided the most maximally efficient trick-or-treating route. We would bring pillow cases with us that would quickly fill to the brim after just an hour of skipping from house to house. And at the end of the night, my sister and brother and I would spread out our loot in three large piles, carefully take stock and categorize the goods, making faces along the way at those who threw in toothbrushes in lieu of chocolate, before commencing barter for the candy we liked. At the end of the evening, Mom would make us store our candy in large jars above the fridge, and only allowed us a few pieces each day or so. As the weeks passed, and the jars slowly emptied, the bartering became even more of a challenge, as we’d try to save the good pieces and trade them off for several not-so-good pieces (a monster chocolate coin might be worth three tootsie rolls, for example).

It is incredibly striking, when I think back on it, how our country could have developed such a tradition on such a massive scale. After all, in order for it to continue, it requires the participation of everyone in the country, and they do! Sure, there is the occasional sour puss who turns off all the lights in their home, or the paranoia over poisoned bon-bons, or sadly, the one-off crazies who open fire at little boys, but for the most part, it is a fun, safe, family event.

In Europe, you can of course find Karneval or this bizarre Swedish tradition where girls dress up as witches and go begging for candy (boys not allowed)… The difference is that these events are usually organized either by people who know each other, or by local businesses. You would never have strangers randomly show up at your doorstep all evening demanding candy.

I have a feeling that this is the true reason why Halloween has failed to take off in Europe. They certainly try — every year. But it takes a lot to convince people that they should let random strangers invade their personal space (homes) and that they should reward them with chocolate to do so.

The end of my autumn internship is rapidly approaching, and I am busily preparing my last big demo of the season. In the meantime, there have been hints and talk of an offer for a full-time position. This has so far not materialized, but this morning I got a call from a recruiter. You can imagine the conversation. I can’t tell you what was said, but I assure you it wasn’t this:

— “Hi, I just had some questions for you that were not clear from your resume.”

— “Well, in my previous job, I made $150k a year and I had a personal slave as a perk. However, I hear your company can’t provide that; so I’m willing to settle for $175k since it seems you can get your own on Craigslist…”