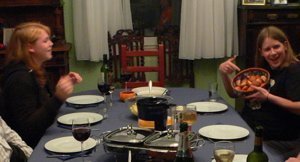 One thought on “Foreigners in a Foreign Land”